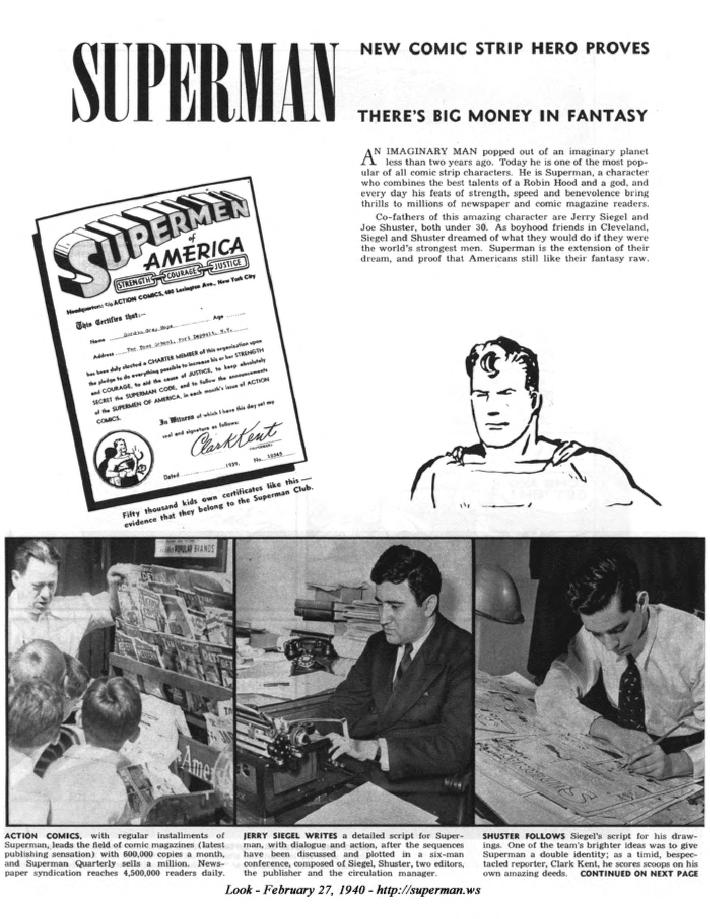 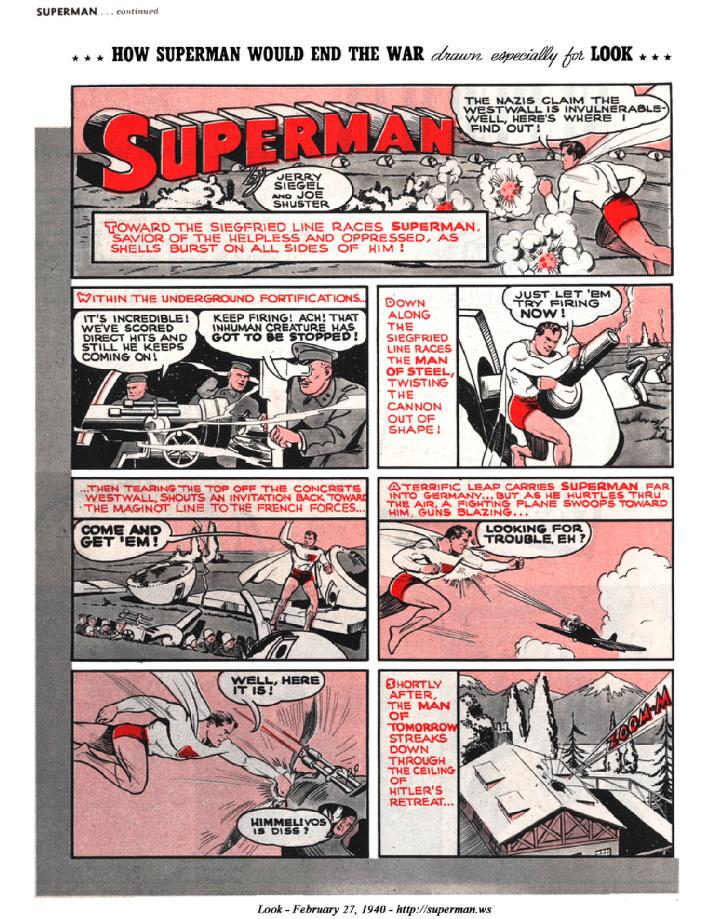 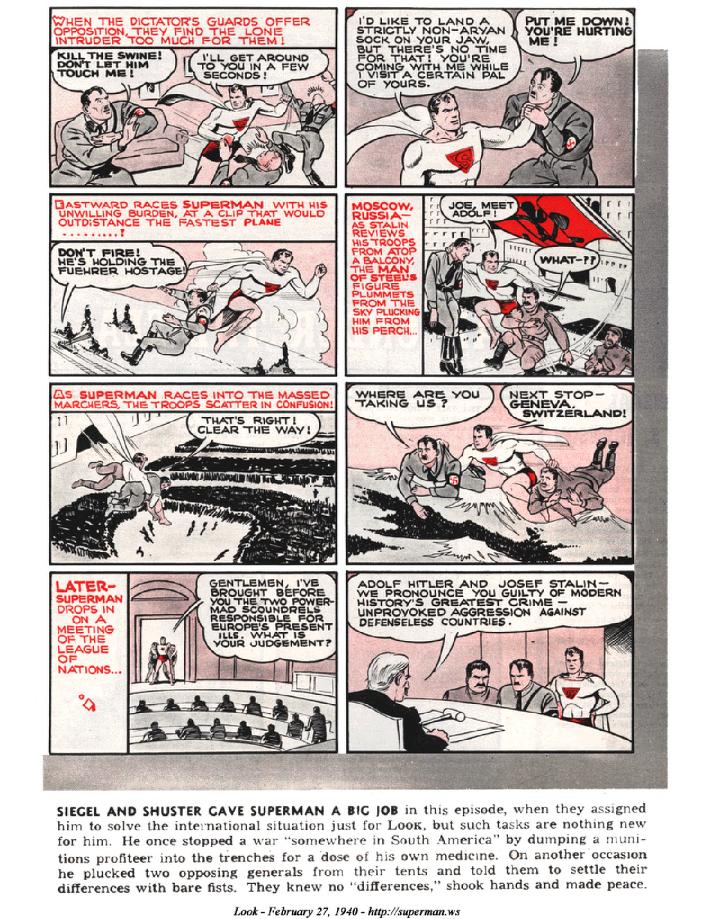 The following article is from the SS weekly publication Das Schwarze Korps (1940):

Jerry Siegel, an intellectually and physically circumcised chap who has his headquarters in New York, is the inventor of a colorful figure with an impressive appearance, a powerful body, and a red swim suit who enjoys the ability to fly through the ether.
The inventive Israelite named this pleasant guy with an overdeveloped body and underdeveloped mind “Superman.” He advertised widely Superman’s sense of justice, well-suited for imitation by the American youth.
As you can see, there is nothing the Sadducees won’t do for money!
Jerry looked about the world and saw things happening in the distance, some of which alarmed him. He heard of Germany’s reawakening, of Italy’s revival, in short of a resurgence of the manly virtues of Rome and Greece. “That’s fine,” thought Jerry, and decided to import the idea of manly virtue and spread them among young Americans. Thus was born this “Superman.” On this page we present you with several particularly unusual examples of his activities. We see Superman, lacking all strategic sense and tactical ability, storming the West Wall in shorts. We see several German soldiers in a bunker, who in order to receive the American guest have borrowed old uniforms from a military museum. Their faces express at once both desperation and cheerfulness. We see this bicepped wonder in a rather odd pose, bending the barrels of Krupp guns like spaghetti. “Concrete can’t stop me,” he shouts in another picture as he knocks the tops off pill boxes like overripe tomatoes. His true strength only shows itself in flight, however. He leaps into the air to tear the propeller from a passing German airplane. As we can see from the next frame, however, Superman has apparently made a mistake, since he seems to have encountered a Yid pilot. No German would say what the pilot says: “Himmel! Vos is diss?” The American answer “Well, here it is” seems to us not quite right. The right response would be something like “Laff if ya likes, I’m Simple Simon!” [“Se wern lachen, jach bin der klaine Moritz!”].
A triumphant final frame shows Superman, the conquerer of death, dropping in at the headquarters of the chatterboxes at the League of Nations in Geneva. Although the rules of the establishment probably prohibit people in bathing suits from participating in their deliberations, Superman ignores them as well as the other laws of physics, logic, and life in general. He brings with him the evil German enemy along with Soviet Russia.
Well, we really ought to ignore these fantasies of Jerry Israel Siegel, but there is a catch. The daring deeds of Superman are those of a Colorado beetle. He works in the dark, in incomprehensible ways. He cries “Strength! Courage! Justice!” to the noble yearnings of American children. Instead of using the chance to encourage really useful virtues, he sows hate, suspicion, evil, laziness, and criminality in their young hearts.
Jerry Siegellack stinks. Woe to the American youth, who must live in such a poisoned atmosphere and don’t even notice the poison they swallow daily.