Herzl is styled the 'father of political zionism', (in Hebrew חוֹזֵה הַמְדִינָה, Khozeh HaMedinah, lit. "Visionary of the State"). See also Moses Hess's Rome and Jerusalem [to be added shortly].

A turning point in Herzl's life was being a witness to the ceremonial humiliation, in 1894, of Alfred Dreyfus, a Jew serving as a Captain in the artillary division of the French army who was found guilty, on the basis of fabricated evidence, of selling the nations secrets to the enemy, Germany, and thus betraying his adopted mother country. Dreyfus, appearing dignified before the crowds who had gathered in the court of the Military School in Paris to witness his public 'Degradation,' protested his innocence, dramatically crying out "Innocent, Innocent! Vive la France! Long live the Army." Herzl was present at the ceremony as a correspondent for a Austrian-Hungarian newspaper. In 1906 Dreyfus was exonerated and reinstated as a Major in the French Army. The incident, known as the Dreyfus Affair, posed the Jewish Question' in a dramatic way and was divisive in France.

"The Affair [...] acted as a catalyst in the conversion of Herzl."

Before the wave of antisemitism that accompanied the degradation, Herzl was "convinced of the need to resolve the Jewish question," which became "an obsession for him". In Der Judenstaat, he considered that: "if France – bastion of emancipation, progress and universal socialism – [can] get caught up in a maelstrom of antisemitism and let the Parisian crowd chant 'Kill the Jews!' Where can they they be safe once again – if not in their own country? Assimilation does not solve the problem because the Gentile world will not allow it as the Dreyfus affair has so clearly demonstrated." 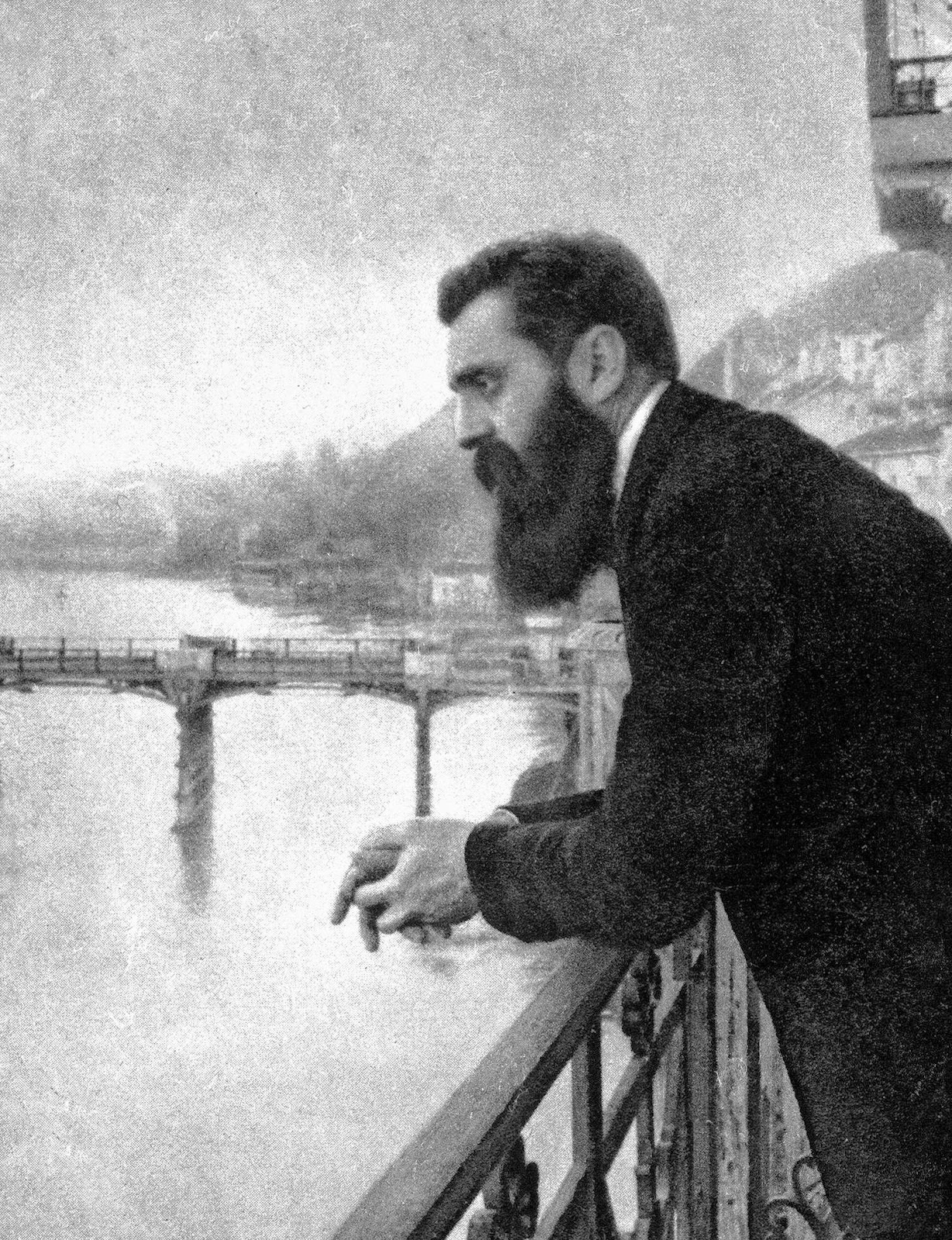 The idea I have developed in this pamphlet is an ancient one: It is the restoration of the Jewish State. . . The decisive factor is our propelling force. And what is that force? The plight of the Jews. . . I am profoundly convinced that I am right, though I doubt whether I shall live to see myself proved so. Those who today inaugurate this movement are unlikely to live to see its glorious culmination. But the very inauguration is enough to inspire in them a high pride and the joy of an inner liberation of their existence. . .

We have sincerely tried everywhere to merge with the national communities in which we live, seeking only to preserve the faith of our fathers. It is not permitted us. In vain are we loyal patriots, sometimes superloyal; in vain do we make the same sacrifices of life and property as our fellow citizens; in vain do we strive to enhance the fame of our native lands in the arts and sciences, or her wealth by trade and commerce. In our native lands where we have lived for centuries we are still decried as aliens, often by men whose ancestors had not yet come at a time when Jewish sighs had long been heard in the country. . .


Palestine is our unforgettable historic homeland. . . Let me repeat once more my opening words: The Jews who will it shall achieve their State. We shall live at last as free men on our own soil, and in our own homes peacefully die. The world will be liberated by our freedom, enriched by our wealth, magnified by our greatness. And whatever we attempt there for our own benefit will redound mightily and beneficially to the good of all mankind.