'Description of the Retreat near York' by Samuel Tuke (1813) 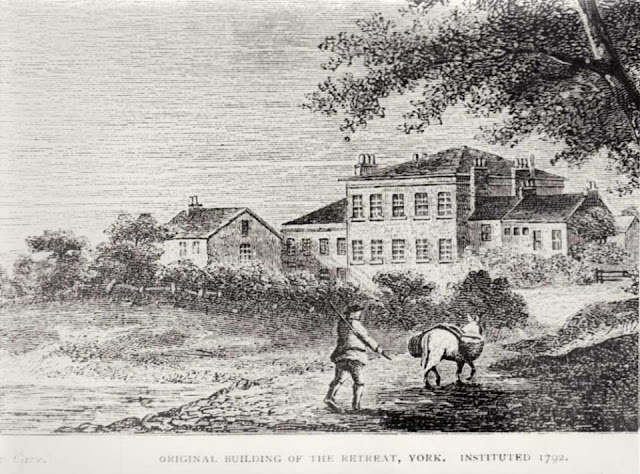 We have already observed, that most insane persons, have a considerable degree of self command; and that the employment and cultivation of this remaining power, is found to be attended with most salutary effects. Though many cannot be made sensible of the irrationality of their conduct or opinions; yet they are generally aware of those particulars, for which the world considers them proper objects of confinement. Thus it frequently happens, in the institution we are describing, that a patient, on his first introduction, will conceal all marks of mental aberration. Instances have occured, in which the struggle has been so successful, that persons, who, on undoubted authority, have been declared to be unmanageable at home; and to have shown very striking marks of insanity; have not, for a very considerable time, exhibited sufficient symptoms of the disorder, to enable the physician to declare them, non compos mentis. Doubtless the idea that their early liberation, for which most are anxious, and their treatment during their confinement, will depend, in great measure, on their conduct, has a tendency to produce this salutary restraint, upon their wayward propensities.-- Hence, also, the idea seems to have arisen, that madness, in all its forms, is capable of entire control, by a sufficient excitement of the principle of fear.  [.cont here]


In an early part of this chapter, it is stated, that the patients are considered capable of rational and honourable inducement; and though we allowed fear a considerable place in the production of that restraint, which the patient generally exerts on his enterance into a new situation; yet the desire of esteem is considered, at the Retreat, as operating, in general, still more powerfully. This principle... is found to have great influence, even over the conduct of the insane. Though it has obviously not been sufficient powerfully, to enable them entirely to resist the strong irregular tendencies of their diseases; yet when properly cultivated, it leads many to struggle to conceal and overcome their morbid propensitites; and, at last, materially assist them in confining their deviations, within such bounds, as do not make them obnoxious to the family. This struggle is highly benificial to the patient, by strengthening his mind, and conducting to a salutary habit of self-restraint; an object which experience points out as of the greatest importance, in the cure of insanity, by moral means. That fear is not the only motive, which operates in producing self-restraint in the minds of maniacs, is evident from its being often exercised in the presence of strangers, who are merely passing through the house; and which, I presume, can only be accounted for, from that desire of esteem, which has been stated to be a powerful motive to conduct.

The female superintendent, who possesses an uncommon share of benevolent activity, and who has the chief management of the female patients, asw well as of the domestic department, occasionally gives a general invitation to the patients, to a tea-party. All who attend, dress in their best clothes, and vie with earch other in politeness and propriety. The best fare is provided, and the visiters are treated with all the attention of strangers. The evening generally passes in the greatest harmony and enjoyment. It rarely happens that any unpleasant circumstance occurs; the patients control, in a wonderful degree, their different propensities; and the scene is at once curious, and affectingly gratifying. 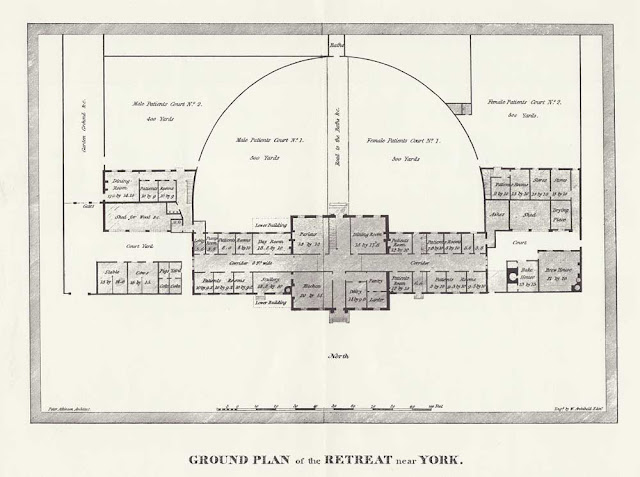