'Sexuality and Solitude' by Michel Foucault (1980) 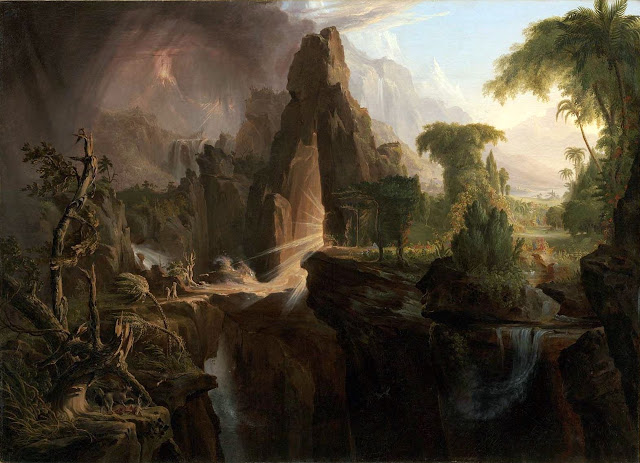 A selection from 'Sexuality and Solitude' by Michel Foucault (1980).


Editors note: See About the Beginning of the Hermeneutics of the Self.


Let me announce once and for all that I am not a structuralist, and I confess, with the appropriate chagrin, that I am not an analytic philosopher. Nobody is perfect. But I have tried to explore another direction. I have tried to get out from the philosophy of the subject, through a genealogy of the modern subject as a historical and cultural reality. That means as something which can eventually change, which is of course politically important. One can proceed with this general project in two ways. In dealing with modern theoretical constructions, we are concerned with the subject in general. In this way, I have tried to analyse the theories of the subject as a speaking, living, working being in the 17th and 18th century. One can also deal with the more practical understanding found in those institutions where certain subjects became objects of knowledge and of domination: asylums, prisons and so on.

[...] ...in all societies there [are] techniques which permit individuals to effect, by their own means, a certain number of operations on their own bodies, their own souls, their own thoughts, their own conduct, and this in a manner so as to transform themselves, modify themselves, and to attain a certain state of perfection, happiness, purity, supernatural power. Let’s call these techniques technologies of the self.
If one wants to analyse the genealogy of subject in Western civilisation, one has to take into account, not only techniques of domination, but also techniques of the self. [...] What we call discipline is something really important in this kind of institution [asylums, prisons, etc.,.]. But it is only one aspect of the art of governing people in our societies. [...] ... discovering the truth, being enlightened by truth, telling the truth. All these are considered important either for the constitution or for the transformation of the self.
Now, what about truth as a duty in our Christian societies? As everybody knows, Christianity is a confession. This means that Christianity belongs to a very special type of religion – those which impose obligations of truth on those who practise them. [...] Everyone in Christianity has the duty to explore who he is, what is happening within himself, the faults he may have committed, the temptations to which he is exposed. Moreover everyone is obliged to tell these things to other people, and hence to bear witness against himself.

...his [the Christian] access to the truth can’t be conceived of without the purification of the soul. The Buddhist also has to go to the light and discover the truth about himself. But.. these two obligations [are] quite different in Buddhism and in Christianity. In Buddhism, it is the same type of enlightenment which leads you to discover what you are and what is the truth. In this simultaneous enlightenment of yourself and the truth, you discover that your self was only an illusion. I would like to underline that the Christian discovery of the self does not reveal the self as an illusion. It gives place to a task which can’t be anything else but undefined. This task has two objectives. First, there is the task of clearing up all the illusions, temptations and seductions which can occur in the mind, and discovering the reality of what is going on within ourselves. Secondly, one has to get free from any attachment to this self, not because the self is an illusion, but because the self is much too real. The more we discover the truth about ourselves, the more we have to renounce ourselves; and the more we want to renounce ourselves, the more we need to bring to light the reality of ourselves. That is what we could call the spiral of truth formulation and reality renouncement which is at the heart of Christian techniques of the self.

In The City of God, and later on in the Contra Julian, Augustine gives a rather horrifying description of the sexual act. He sees the sexual act as a kind of spasm. All the body, says Augustine, is shaken by terrible jerks. One entirely loses control of oneself. ‘This sexual act takes such a complete and passionate possession of the whole man, both physically and emotionally, that what results is the keenest of all pleasures on the level of sensations, and at the crisis of excitement it practically paralyses all power of deliberate thought.’ It is worthwhile to note that this description is not an invention of Augustine: you can find the same in the medical and pagan literature of the previous century. Moreover Augustine’s text is almost the exact transcription of a passage written by the pagan philosopher, Cicero in Hortensius.
The surprising point is not that Augustine would give such a classical description of the sexual act, but the fact that, having made such a horrible description, he then admits that sexual relations could have taken place in Paradise before the Fall. This is all the more remarkable since Augustine is one of the first Christian Fathers to admit the possibility. Of course, sex in Paradise could not have the epileptic form which we unfortunately know now. Before the Fall, Adam’s body, every part of it, was perfectly obedient to the soul and the will. If Adam wanted to procreate in Paradise, he could do it in the same way and with the same control as he could, for instance, sow seeds in the earth. He was not involuntarily excited. Every part of his body was like the fingers, which one can control in all their gestures. Sex was a kind of hand gently sowing the seed. But what happened with the Fall? Adam rose up against God with the first sin. Adam tried to escape God’s will and to acquire a will of his own, ignoring the fact that the existence of his own will depended entirely on the will of God. As a punishment of this revolt and as a consequence of this will to will independently from God, Adam lost control of himself. He wanted to acquire an autonomous will, and lost the ontological support for that will. That then became mixed in an indissociable way with involuntary movements, and this weakening of Adam’s will had a disastrous effect. His body, and parts of his body, stopped obeying his commands, revolted against him, and the sexual parts of his body were the first to rise up in this disobedience. The famous gesture of Adam covering his genitals with a fig leaf is, according to Augustine, not due to the simple fact that Adam was ashamed of their presence, but to the fact that his sexual organs were moving by themselves without his consent. Sex in erection is the image of man revolted against God. The arrogance of sex is the punishment and consequence of the arrogance of man. His uncontrolled sex is exactly the same as what he himself has been towards God – a rebel. 
The principle of autonomous movements of sexual organs is called libido by Augustine. The problem of libido, of its strength, origin and effect, thus becomes the main issue of one’s will. It is not an external obstacle to the will. It is a part, an internal component, of the will. [...] The spiritual struggle consists... in turning our eyes continuously downwards or inwards in order to decipher, among the movements of the soul, which ones come from the libido. The task is at first indefinite, since libido and will can never be substantially dissociated from one another. And this task is not only an issue of mastership but also a question of the diagnosis of truth and illusion. It requires a permanent hermeneutics of oneself.

Shall we say that after Augustine we experience our sex in the head?

When one reads the ascetic and monastic literature of the fourth and fifth centuries, one cannot but be struck by the fact that these techniques are not directly concerned with the effective control of sexual behaviour. [...] The techniques were mainly concerned with the stream of thoughts flowing into consciousness, disturbing, by their multiplicity, the necessary unity of contemplation, and secretly conveying images or suggestions from Satan. The monk’s task was not the philosopher’s task: to acquire mastership over oneself by the definitive victory of the will. It was perpetually to control one’s thoughts, examining them to see if they were pure, whether something dangerous was not hiding in or behind them, if they were not conveying something other than what primarily appeared, if they were not a form of illusion and seduction. Such data have always to be considered with suspicion; they need to be scrutinised and tested. According to Cassian, for instance, one has to be towards oneself as a money-changer who has to try the coins he receives. Real purity is not acquired when one can lie down with a young and beautiful boy without even touching him, as Socrates did with Alcibiades. A monk was really chaste when no impure image occurred in his mind, even during the night, even during dreams. The criterion of purity does not consist in keeping control of oneself even in the presence of the most desirable people: it consists in discovering the truth in myself and defeating the illusions in myself, in cutting out the images and thoughts my mind continuously produces. Hence the axis of the spiritual struggle against impurity. The main question of sexual ethics has moved from relations to people, and from the penetration model to the relation to oneself and to the erection problem: I mean to the set of internal movements which develop from the first and nearly imperceptible thought to the final but still solitary pollution. However different and eventually contradictory they were, a common effect was elicited: sexuality, subjectivity and truth were strongly linked together. This, I think, is the religious framework in which the masturbation problem – which was nearly ignored or at least neglected by the Greeks, who considered that masturbation was a thing for slaves and for satyrs, but not for free citizens – appeared as one of the main issues of the sexual life.