'Dreaming Awake at the End of Time' by Terence Mckenn (1998) 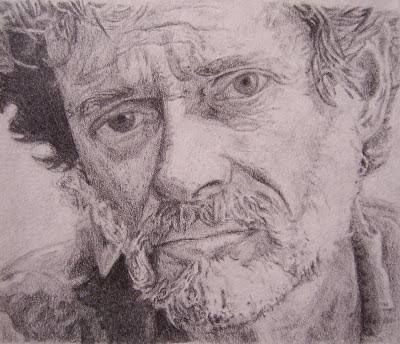 A selection from a talk given by Terence Mckenna in San Franciso in 1998 called 'Dreaming Awake at the End of Time'.

When I start out on these tours I usually have an agenda and prepared remarks, and then as I make my way through my venues, and I hear the feedback, and I feel the ambiance of the people, and the throb of the zietgeist, it all simply dissolves into an ongoing commentary on our moment in space and time, and the various dimensions, adumbrations and opportunities of our... dilemma.  But I want tonight to couch it for you in the context of, I guess, an extended metaphore. We can talk about these things in many ways, but I find this particular extended metaphore ahh... illuminating.

I start by recalling an observation by someone whose name rarely falls from my lips, and that would be Gurdjieff. Gurdjieff said at one point, or was known to comment, that people are asleep, he said, and by implication suggested that people 'awaken.' [...] (its very hard to give these lectures in such a way so that every person hears something different, ahh... which is what is supposed to be going on, you know). Well so thinking about this comment that people are asleep, I see several implications. I asked myself 'What is awake?'..., and I thought to myself 'Awake, for me, is where the laws of physics are fully operable, you know, hurled objects shatter, electricity shocks, I cannot fly, the laws of physics are in operation, and in that domain I consider myself fully awake.' Now, in terms of occult and spiritual traditions the admonishen to 'awaken' always seems to imply that higher consciousness is approached through an expansion of clarity and awareness. And that seems obvious, I don't argue with it, as a rationalist, but as somebody who has 'run the edges' I've noticed something somewhat counterintuitive to that teaching, and its this: its that to contact the cosmic giggle, to have the flow of casuasitry begin to give off synchronistic ripples, whitecaps in the billows of the coincidental ether, if  you will, to achieve that requires, a precondition is, a kind of unconsciousness, a kind of drifting, a certain taking your eye off the ball; a certain assumption that things are simpler than they are almost always precedes what Mercia Eliade called 'The Rupture of Plane' that indicate that there is an archetypal world, an archetypal power, beyond, behind profane appearances.
I've found by observing sleep-- and some of you may recall the motto in Athanasius Kircher that's chiseled over the alchemist's doorway, I can't do it in Latin but it says, "While Sleeping, Watch"-- I've noticed that while going to sleep there is a barrier, a place in the process of going to sleep that is like the mercurial edge, it's a river, it's a zone of hypnagogia... and then, true hallucination begins to occur.

At any given moment on the planet, because of the way the planet is, as a thing, some considerable percentage of human beings are asleep, always, and many are awake. And so if the world soul is made of the collective consciousness of human beings, then it is never entirely awake, it is never entirely asleep, it exists in, (well I guess you can hear me), in some kind of... indeterminate zone.

...technology, or the historical momentum of things, is creating such a bewildering social milieu that the monkey mind cannot find a simple story, a simple creation myth or redemption myth to lay over the crazy contradictory patchwork of profane,  techno-consumerist post-McLuhanist, electronic, pre-apocalyptic existence. Into that dimension of anxiety created by this inability to parse reality rushes a bewildering variety of squirrelly notions, epistemological cartoons, if you will. Conspiracy theory, in my humble opinion (I'm somewhat immune to paranoia, so those of you who aren't gaze in wonder), conspiracy theory is a kind of epistemological cartoon about reality..., it is kindergarten stuff in the art of amateur historiography. I believe that the truth of the matter is far more terrifying, that the real truth that dare not speak itself is that no one is in control, absolutely no one. [...] There may be entities seeking control ['Jews, bankers, the communist party'], but to seek control is to take enormous aggravation upon yourself, because this process which is underway will take the control freak by the short-and-curley's and throw them against the wall! It's like trying to control a dream, you see. The global destiny of the species is somehow unfolding with the logic of a dream.

Now, if in fact we exist inside some kind of morphogenetic field that is created by the sum total of human minds on the planet, and if in fact in half or more of those minds at any given moment, the rules of the dream hold sway, then it is no surprise that when we make our way into society, or just when we live our lives, there is an eeriness to it, there's a fatedness to it, there's a plotedness to it, [as if] we are inside some kind of engine of narrative.


...the plasticity of historical time and the acceleration-- a sense of an out-of-control spin-up or spin-down into new domains of possibility-- that is the strongest evidence at hand that we are in some kind of dream.